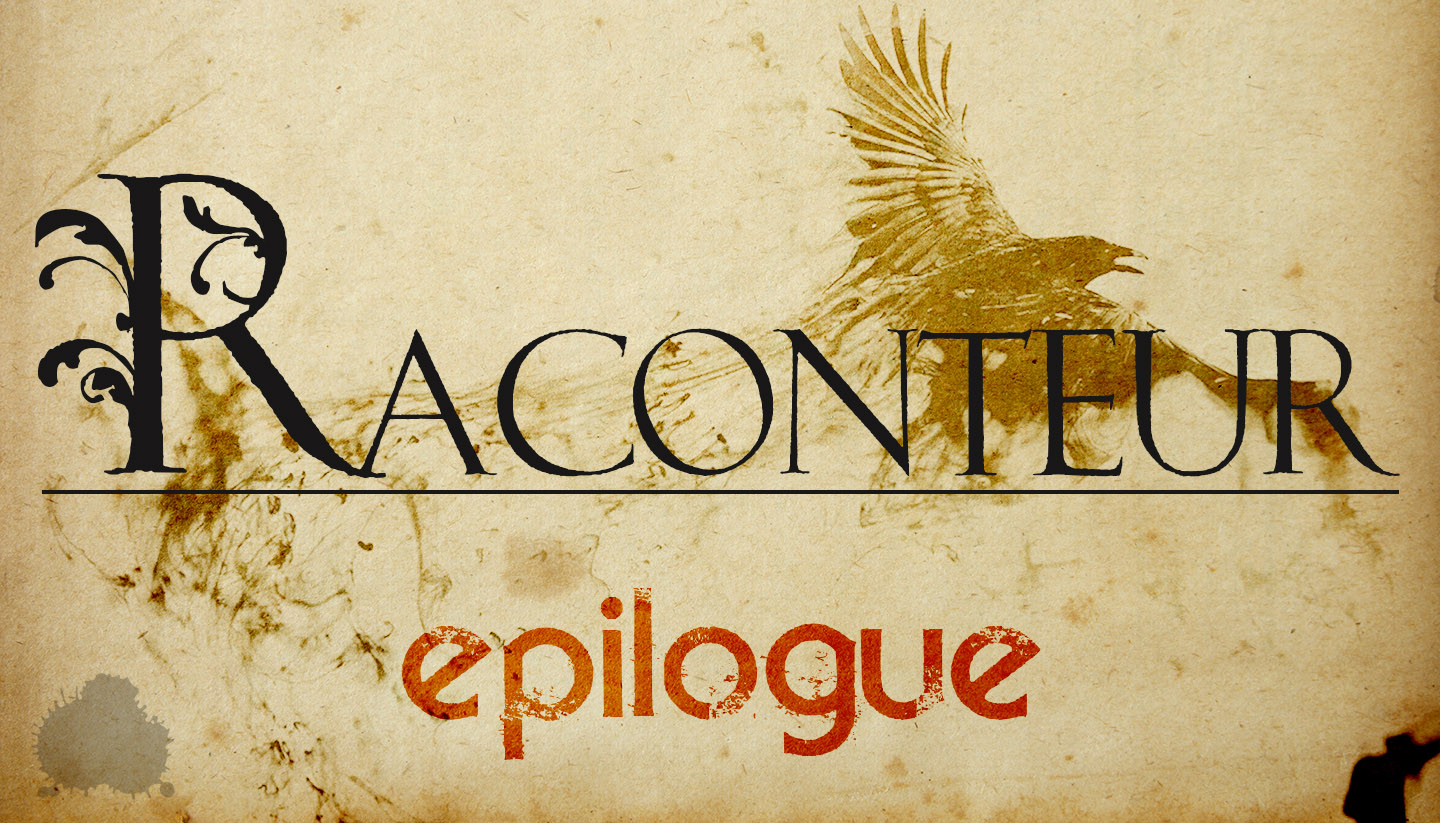 This is the last part of the story The Raconteur. Please have a look at all the parts in order by CLICKING HERE. Have fun friends!

“Looks like some drug addict lives here!” Shree’s said sarcastically, pulling the earbud cord from Soham’s ear. He panicked and almost punched her. She dodged expertly, “Careful, dumb-ass, you might hurt someone!”

“Oh yeah! Says the girl who shamelessly pulls off the earphones from an audiophile’s ears. Some might say you have a way of attracting danger.” Soham said, pulling the other earbud out.

“Ha! Ha! Very funny, like you’re quick as a mantis or something, Mr. Sloth. Oh, by the way, thank you for telling me you won’t be coming. I might have saved some money by not booking an extra seat.”

“Not Coming? Where?” A sudden realization dawned on Soham, and then a heavy rock of guilt fell on his head. “Oh! I’m so sorry Shree. Happy Birthday!” Soham frantically looked around, acting as if he had just lost the gift he had planned for her, “I’m really sorry, I just lost track of time with this canvas. I’ll definitely make it up to you. Say, what do you want to do?”

“Enough with the pleasantries, I’ll think of some punishment for you. Until then, tell me what’s going on! This one looks good.” Soham had been working on a charcoal sketch of a raven. The tail end looked like drops of ink falling into water, and the rest was a normal raven, with it’s wings spread, taking flight. “What’s the concept behind it?”

“I don’t really know, maybe it depicts the life flying away from the body, leaving dead blood behind.” Soham said, laying the blackened rag down on the table.

“Why do you always have to be so negative?” Shree scowled. “Looks to me like some bad dream floating away from the mind, and leaving behind the dark ink with which an artist can draw his inspiration.” Shree said, turning slowly away from the almost finished canvas to his face.

Soham did not say anything for two minutes. Shree could always see something larger, something more beautiful, something more accurate in everything than he could. This time too, she had blown life, a profound meaning to a simple sketch. Soham did not believe in God, but at that moment he sent a silent thank you to the divine energy he believed in, for this beautiful friendship. He flicked a quick glance at the clock on the table, then turned to Shree. “It’s not too late, wanna go out somewhere, in the campus?”

“I have a better idea. Do you still have the pile of firewood on the roof?”

“Depends, do you have something good to drink?”

“Well, you don’t like beer, so I brought Jameson. Is it good with midnight rooftop fires?”

“Shree, you’re an angel, and a genius. Let’s go.” Soham hugged her.

It had been two months since Soham had visited Ishita. After his return, Shree was glad to see that Soham was not only more cheerful, but was also focusing on his daily life better. She did not force him to tell her anymore than he wanted to about that day he spent with her. And to be honest, she didn’t need to know. She didn’t know whether they were still in touch or not, but she knew that it had gone the way she had predicted.

Ishita had made it clear for the second time that nothing of that sort could ever happen between Soham and her. Soham took it in stride well. He had also grasped it very well that she had not lied to him the first time. In all, it was a really pointless visit on Soham’s part, and he realized it. But one thing that he was adamant about was that he had found a love for travel. And that the trip had pressed a gigantic reset button in his mind. Coming back, Soham had picked back up his college-time hobby of art, and Shree soon discovered that he could never forget how to sketch. The four canvases he had completed in the two months’ time had all been great, just like when they were in college.

Surprisingly enough, his ignorance to people around him had not changed much. He was still the weird guy, the laughing stock, who forgot his best friend’s birthday. But Shree didn’t care. She knew his distaste for crowds, and so she did not mind that he had forgotten about the party. Although it hurt her that he had let her birthday slip from his memory, she went to his apartment, with a bottle of Irish Whiskey in her bag, to finish her day with him.

They sat by the fire he made on the roof of his apartment. Talking about all the stupid things they did in the last few months. The most ridiculous being utterly destroying a refrigerator right in front of the management staff of the office, though unintentionally.

“Tell me something, Soham. If you were told to express one more thought for Ishita, one last time, what would it be?” Shree asked him once they had finished half the bottle. Shree was already pretty out of it, and Soham was heading that way.

“I don’t know, she deserves something really good, but from me, what will she get?”

“Try a full stop, then. . .Come on, just like that raven you drew, that leaves behind drops of ink, try writing something with that ink.” Her voice was slurry, but she was aware enough to stealthily turn on the voice recorder app on her phone.

“Alright, don’t laugh if it is weird, okay?”

Soham thought for a moment, then taking a short drag straight from the bottle, he said,

I never really loved her, you know! It was never that, ‘I can’t live another day without you,’ or the ‘I don’t know what I’d do if you say no,’ kind of thing. It wasn’t the kind of a pull that keeps growing, wasn’t really a desire for togetherness. Just a friendship gone wrong. I don’t even know whether I’d have been ready if she had said ‘yes.’

Then why did I go all the way there and did all that for her? It was the other part of me that kept believing that she lied, the part of me that couldn’t accept it for what it really was. That part of me had to see it, for its own sake, from her eyes.

I know it was a mistake, and I am sorry to have caused her discomfort. Does it release me from the awkward guilt? Probably not. But one thing that I definitely gained, is the knowledge that,

I hope you all enjoyed this story, and I would like to hear your thoughts on the same. Yes, it is based on actual events, and yes, Shree is not real. Shree is a amalgamation, a mixture of a few very important people in my life.

For those who have just stumbled upon this story, I would highly recommend reading it in sequence. You can find all the six chapters arranged in order HERE. I would consider it a very powerful motivation to keep writing, if you follow this blog, A Universe Within.

The World around us is awesome, but the Universe Within is still waiting to be explored.